The Simpsons is a marketing masterclass

Many of us who grew up in the 90s have fond memories of watching The Simpsons in its golden age.

Many of us who grew up in the 90s have fond memories of watching The Simpsons in its golden age. But as well as the rapid-fire jokes and heartwarming stories which defined the series, one episode serves as an excellent crash course in marketing and PR.

The episode, Krusty Gets Kancelled sees the career of beloved children’s entertainer, Krusty the Clown almost ruined by the rise of a mean spirited ventriloquist’s doll.

The episode is a classic but it also very neatly demonstrates several principles of PR and marketing which are still relevant today.

The episode begins with a viral marketing campaign across Springfield which instantly becomes the talk of the town. A booming voice and flashing text interrupts TV broadcasts while billboards spark interest with the message ‘Gabbo is coming’

The local newspaper feeds the curiosity with headlines which read ‘Who is Gabbo?’ and ‘Five days ‘til Gabbo’ while the community tries to decipher the mysterious adverts.

Within just two minutes, the episode has given a great example of viral marketing in action; a form of marketing which was just beginning to take off at the time it was first broadcast in 1993.

Surprisingly, viral marketing was so new when this episode was made, that the term wouldn’t be coined until two years later.

The idea is based on the understanding that people are generally wary and cynical of traditional advertising. As a result, they tend to reject or dismiss the products and messages which are pushed toward them, but they seek out information which eludes them.

It is in our nature to be curious, so many marketers in the 1990s began to deliberately hold back and tease their audience with challenging, mysterious and odd adverts. These encourage viewers to find out information for themselves, talk about it with their friends, read news articles about it and look out for other adverts in the campaign.

As Lisa remarks while Homer is reading the newspaper headline; “I don’t think they’re giving enough information, Dad”, to which he replies; “I’ll work it out, using all the power of my brain…”

The term ‘viral marketing’ was coined by the team behind the launch of the original Playstation. The viral campaign for this made use of flashing imagery with only the briefest of glimpses of the games the console could play. To most viewers at the time, they’d have been just as confused and curious as the people of Springfield.

Since the 90s, viral marketing (so named because it spreads like a virus) has become ever more prolific – largely thanks to the rise of social media, video streaming and the all important power of sharing. This has enabled the campaigns to move beyond being perplexing and to being funny, interactive or otherwise must-see.

Some of the best examples of the last decade include the Old Spice Man, who generated 56 million views on YouTube alone and the ALS Ice Bucket Challenge, which raised $115m within eight weeks.

But although viral marketing can be effective, it’s hugely unpredictable.

By its nature, viral marketing relies on word of mouth (or social shares); without that, it’s just an uninformative advert which doesn’t say a lot about your product or service.

Secondly, viral marketing can suffer from over-saturation; if every company is trying to tease its audience, fewer and fewer people are going to take the bait each time.

Of course, teaser trailers – like the TV advert for Gabbo – have become a mainstay for all TV and movie marketing strategies, but few have the guts to hold everything back and really get people talking.

For example, the first viral marketing for the sequel to 2018’s Avengers Infinity War was a cryptic photo which teased the movie’s title ‘Endgame’ to fans who would lap up every hint they could get.

Of course, Apple are the masters of viral marketing; whenever they have something to announce, they’ll tease fans to stir anticipation and invite speculation.

The dummy can’t hurt you

Back in Springfield, in front of a captivated TV audience, Gabbo is revealed to be a singing and dancing ventriloquist’s dummy whose TV show will be directly competing with The Krusty the Clown Show.

Immediately in denial about the threat Gabbo poses, Krusty decides to beat his new rival at his own game – with a ventriloquism act of his own.

“So you want ventriloquism do ya?” he growls from behind a fake moustache, before beginning a routine which ruins his career in just a few seconds.

The local showbiz magazine instantly turns on him with the headline ‘Gabbo Fabbo! Krusty Rusty!’

Brand imitation is common across a wide range of industries, whether it’s in the form of me-too products, legal knockoffs or illegal counterfeits.

Budget brands, such as H&M, Zara, Aldi or Lidl have had enormous success in replicating the products of a more prestigious competitor and even tech giants tend to copy one another; since the launch of the i-Pad, it’s hard to think of a computer manufacturer which doesn’t produce a tablet and Amazon Echo was almost immediately followed by Google Home.

While this is understandably frustrating for the original creator, there’s little evidence to suggest it does them any real harm in terms of reputation; instead, there’s evidence that it’s the imitator which generally suffers the most. The key to successful imitation is in either offering something better or better value than the brand you’re imitating.

In copying Gabbo with an inferior act, Krusty weakened his own brand and exposed his weaknesses. Even before it goes wrong, he appears desperate when compared to the slick and polished performance from Gabbo.

Had Krusty stuck to what he was good at, risen above the up-start Gabbo and trusted his brand, he might have overcome his new rival.

One of the darker examples of PR in this episode is demonstrated by Springfield’s helplessly corrupt mayor, Joe Quimby.

Publicly apologising for the misuse of public funds in a speech outside the town hall, Mayor Quimby wins over the angry crowds by using Gabbo’s catch-phrase:

Quimby: “I admit I used the city’s treasury to fund the murder of my enemy. But as Gabbo would say “I’m a bad widdle boy”.”

By charming his detractors, Quimby successfully buries the scandal and wins reelection.

Burying bad news is a tactic mainly used by large organisations and political parties which have the capability to dominate the front pages with their own actions.

The best way to stop a bad story from making the headlines is to push it out the way with an even bigger story.

Another tactic is to change the topic completely by doing something so odd, it draws all the attention away from the story you’d like to go away.

And then there are the many cringe-inducing moments when politicians have used pop culture catch phrases.

‘Will drop pants for food’

In the wake of his disastrous ventriloquism act, even the cartoon, Itchy & Scratchy has abandoned Krusty’s Show to join his rival. Despite trying to replace them with their Eastern European equivalent, Worker & Parasite, the last of Krusty’s viewers abandon him and the show is cancelled.

Broke and defeated, Krusty is finally humiliated live on air on The Gabbo Show; falling for his own prank call skit.

Send in the Clowns

In the final act, with Krusty seemingly at his lowest, the episode turns to its last lesson, which is about the power of a well-earned reputation.

Krusty: “35 years in showbusiness and already, nobody remembers me. Just like what’s his name and whoozits, and, you know, that guy…. always wore a shirt.”

But while reputation can seem fickle and fleeting, in reality, many people and brands demonstrate the ability to seemingly survive any scandal.

While some can build renown in an instant and lose it just as quickly, the strongest reputations are built over many years and this makes them more resistant to crises which would wipe out their less established rivals.

Just as Samsung bounced back after its Galaxy Note 7 devices reportedly burst into flames, and Nike is still the world’s largest sportswear brand despite decades of scandals regarding alleged sweatshops, child labour and tax avoision, a strong reputation can act like a forcefield.

By acknowledging a failure, taking steps to make amends and, crucially, with the passage of time, it is possible for established and long-appreciated brands to come back from the brink.

As a showbiz icon who’d entertained generations of children, Krusty’s reputation was only temporarily tarnished.

With the help of his many celebrity friends – and the encouragement of Bart and Lisa – Krusty is able to stage a comeback special to remind everyone why he is the true king of children’s TV in Springfield.

With the triumphant return of Krusty the Clown, the flash-in-the-pan Gabbo is left forgotten and overlooked, gazing despondently at the queue for Krusty’s show disappearing round the corner.

Finally, Krusty is a star again and we’ve all learned some important lessons about PR, marketing and reputation management.

“The Simpsons” is TM and (C) (or copyright) Fox/Disney and its related companies. All rights reserved.

This web site, its operators, and any content contained on this site relating to “The Simpsons” are not affiliated with, endorsed or authorised by Fox/Disney in any way. 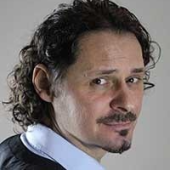 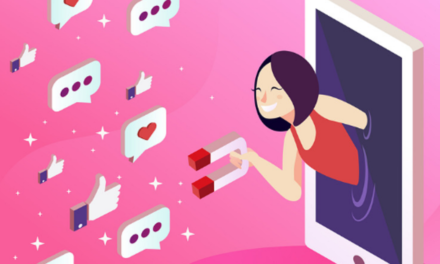 How to make an influencer work for you? 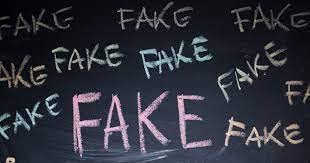 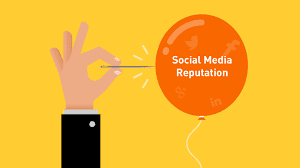